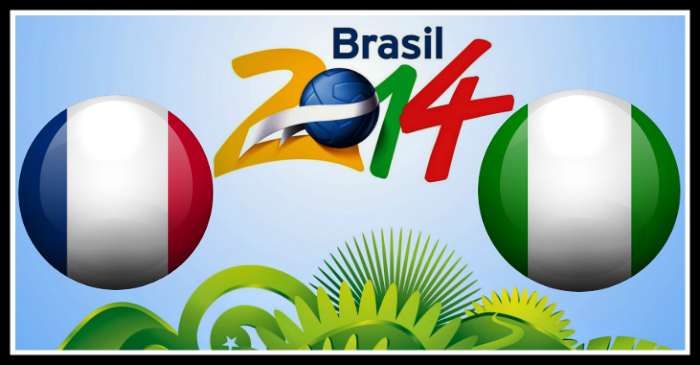 France take on Nigeria in the Round 16 of the FIFA World Cup at the Estádio Nacional de Brasilia, Brasília on the 30th of June. Didier Deschamps spoke about a good spirit and unity among the squad before the World Cup and cited that as the reason to drop household names in the French national set-up like Samir Nasri and Gael Clichy.

The injury to Franck Ribery didn’t help his cause either. However, the French have taken the World Cup by storm with their fearless football. With Champions League winning Benzema in top-form, Les Bleus might just go all the way.

Shouldering African hopes with Algeria in the knock-out stages, Nigeria prepare to cause one of the biggest upsets of this World Cup. The Super Eagles narrowly lost out to a Lionel Messi inspired Argentina in the final Group game. With attacker Victor Moses suspected to be fit to start against France, the omen is good for Nigeria. A clash between skill and will ensues in Brazilian as France take on a spirited Nigerian side. 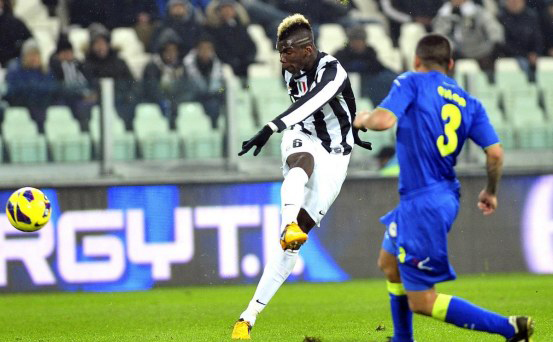 It’s taken a lot of effort and hard-work for the French to pick themselves up from the disappointment of South Africa, 2010. No matter what happens that tournament will always be remembered as one of darkest tournaments in French football history.

However, Les Bleus Boss Didier Deschamps has built a team that no more relies on individual players or performances. Bold in selection, Deschamps’ France have displayed bold performances on the pitch all tournament.

The French operate in a formation that provides fluidity and creativity on the ball. The French midfield is where the battle is won. With Europe’s best young midfielder – Paul Pogba orchestrating proceedings from the centre of the pitch, the likes of Blaise Matuidi and Moussa Sissoko provide the industry that makes the midfield a very dangerous weapon for the French.

Fresh off a recent Champions League triumph, Karin Benzema has carried his form through to the World Cup. The former Olympique Lyon striker has kept Arsenal’s Olivier Giroud out of the side, with a regular return of goals. With 3 goals and 2 assists in the Group Stage, Benzema leads the French attack in the absence of Franck Ribery.

Paul Pogba was touted to be the future of French Football and the former Manchester United starlet has more than lived up to the hype. Strong, agile and quick, Pogba possesses a priceless mix of vision and athleticism. The Juventus midfielder, just 21 years of age is one of the stars to watch out for in the future. In defence, Deschamps has preferred to go with the pair of Real Madrid’s young centre back – Raphael Varane and Liverpool’s Mamadou Sakho. While both the defenders have minor fitness issues, they are expected to be ready for Nigeria on the 30th of June.

Playing a 4-3-3 formation, Deschamps will have to take a few bold decisions as he faces a dilemma in squad selection for the Round-of-16 clash against Nigeria. With Yohan Cabaye most likely to return to the starting line-up, Deschamps has to drop either Sissoko or Pogba to accommodate the Paris St. Germain schemer in midfield. Up-front Benzema will lead the line with Greizmann and Valbuena likely to support him from the flanks. 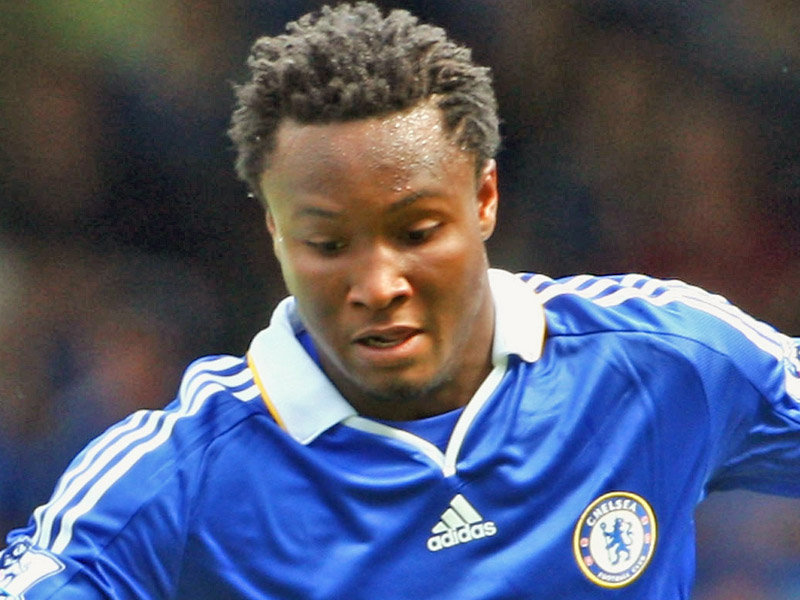 Its about time that Africa’s most populous country finally imposes itself on World Football. With fellow African nations – Ivory Coast and Ghana failing to qualify from their groups, Nigeria and Algeria continue the African charge in Brazil.

Nigerian coach Stephen Keshi has instilled among the squad a sense of camaraderie and togetherness. Physically dominant and very quick on the counter-attack, Nigeria are a major threat this World Cup. The form of players like Ahmed Musa, Emmanuel Emenike and Ogenyi Onazi has taken the Nigerian squad through to the round-of-16.

CSKA Moscow’s attacker Ahmed Musa has been Nigeria’s go to man this edition of the World Cup. The 21 year-old pacey attacker has provided the edge the Nigerian attack lacked previously. Alongside Musa is Nigeria’s number-9 Emmanuel Emenike. The Fenerbache striker has set up 2 goals so far this tournament. Playing as the focal point of the Nigerian attack, Emenike has won admirers all across Europe. The 27 year-old is subject to a 16 million bid from English giants Chelsea, however, as of now Emenike is solely focussed on making Nigeria the first African nation to reach the semi-finals of the World Cup.

If Nigeria have Musa on one wing, Stoke City’s Peter Odemwinge patrols the other wing for the Super Eagles. Playing in the best form of his career, Odemwinge’s industry and attacking threat will be key to Nigerian hopes of seeing off France in the Round of 16.

Stubborn in defence, Nigeria play a flat back-4 with John Obi Mikel screening the defence as the defensive midfielder. Fenerbache’s Joseph Yobo and Chelsea loanee Kenneth Omeruo play in the heart of defence and look solid as ever with Celtic’s Efe Ambrose and Juwon Oshaniwa as full-backs. Against France, the Super Eagles will have to defend deep and use the pace of Musa and Odemwinge.

The French are simply too strong for the Super Eagles. With option like Giroud, Remy and Sissoko coming off the bench, expect the French to play fearless football and sniff out opportunities as and when they please. The French Football Renaissance will continue.