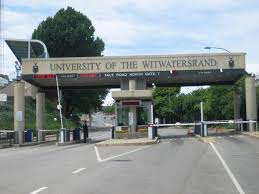 The University of the Witwatersrand has set aside R90 million (US$8.7 million) for bursaries as the institution embarks on an intensive drive to attract the finest postgraduate students from across South Africa and Africa. The goal is to enroll 35% of all students at the postgraduate level.


A team that includes 10 academics and support staff kicked off the campaign this month starting in Johannesburg then moving to Stellenbosch last week. Cape Town, Durban and Pretoria will follow in the search by the University of the Witwatersrand, or Wits, for top students.

Wits teams will also visit countries in the Southern Africa Development Community as well as in Ghana, Nigeria, Kenya and other African nations.

Among the university's strategies for growing the number of international postgraduate students to 18% of the total student body is the offer of affordable accommodation. In addition, a special fund has been set up to support international students, and the international office is gearing up to provide better service delivery.

Vice-chancellor Adam Habib said he was ready to engage in a "global war for the very best academic talent." The campaign is part of the Wits 2022 vision of becoming a research-intensive university, says Professor Mary Scholes, director of the graduate support division at the university.

“The economy of South Africa needs to grow but more importantly become sustainable. Postgraduate students [must] have the skills, knowledge and abilities to make this happen,” she told University World News.

Wits currently has more than 28,400 students, 28% of them postgraduates. Scholes said the university was aiming to raise the proportion of postgraduate students to 35% of the student body by 2014. “We are training innovative, thinking people with a high level of skills.”

She said the implementation of the Wits vision was being supported by many partners including in the business community, government and civil society.

It will be spearheaded by Professor Adam Habib, a social scientist and leading political and current affairs commentator in South Africa, who was officially installed as the new vice-chancellor this weekend, on 24 August.

Wits was banking on achieving its ambitions by offering excellent research areas, many of which are interdisciplinary, unique and address the challenges of society, Scholes said.

She said the university had research supervisors who were well trained and had national and international academic reputations. Staff would be incentivised to increase and improve supervisory capacity and research outputs, and an enhanced supervisory program would be offered.

Enrollment in sub-Saharan African universities has boomed over the last four decades, growing by over eight percent per year, according to UN figures. But while African universities are growing at a clip, the pace has been far outdone by growth in other emerging economies like China and those in Latin America.

Only South Africa's University of Cape Town is listed in the world's top 200 establishments, according to Times Higher Education rankings.

And African universities appeared to have lagged their European, North American and Asian counterparts in attracting international students, particularly those from China and India.  Research shows that graduates are more likely to settle in their host country after completing their studies, bringing highly skilled workers to the economy.

The postgraduate recruitment drive will focus on the faculties of science; commerce, law and management; humanities; and engineering and the built environment. The faculty of health sciences already has a 50% postgraduate student population.

Vice-chancellor Habib has said that he is ready to engage in the global war for the very best academic talent. “If we are going to be the best, then we have to secure the best scholars and scientists on the planet,” he said.

In a statement the university said its financial aid system was being reviewed and it had substantial funds for postgraduate bursaries.

“There will be funds for all nationalities, and full-time and part-time students, based on academic merit,” the statement, said adding that Wits was also working on a fee rebate system, which will require an upfront fee payment – but if the degree was obtained within the minimum time, then fees would be refunded.

South Africa has a long history of attracting students, most notably the University of Fort Hare which during decades of racist and colonial rule provided a western-style education to black students from southern Africa.