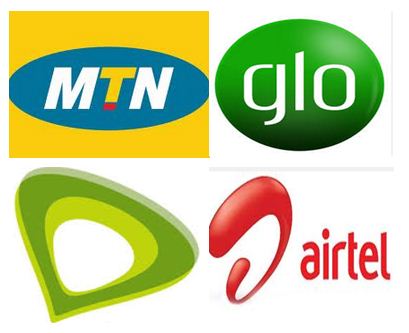 Market leader MTN and Bharti Airtel’s third-ranked local unit must pay 185 million naira each, while Globacom was fined 277.5 million naira for not meeting set targets including measures of connection quality, dropped calls and congestion in January, the Nigerian Communications Commission said on Monday.

They were prohibited from selling new SIM cards next month, the first time the punishment was imposed along with a financial penalty, said Tony Ojobo, the regulator’s director of public affairs.

“It can be argued that the latest sanctions of 647.5 million naira on three operators over quality of service breaches for a single month are by far the most punitive,” said Kenechi Okeleke, a senior analyst for ICT Research at Business Monitor for the Middle East and Africa.

Nigeria had 156 million cellphone subscriptions as of last October, according to the commission.  User numbers were expected to grow to more than 200 million in 2017, research company Informa Telecoms & Media estimated. Information and Communication Technology Minister Omobola Johnson said in an interview earlier this month that authorities were considering stopping SIM-card sales to force service improvements.

The commission has repeatedly fined companies for failing to meet quality standards as demand surged in Africa’s most populous nation of about 170 million people. From 2010 to this year, Nigeria’s four main phone companies grew 78 percent, or by about 53 million subscriptions, according to Business Monitor’s estimates. The threat of further regulatory sanctions was likely to keep cellular companies’ capital investments high to match the growth in demand, Okeleke said.

“We also expect an uptick in network and tower outsourcing to third-party vendors with high performance targets,” he said.

Ericsson said that it won a five-year order to run 75 percent of MTN’s network in Nigeria. The Stockholm-based company opened a regional service centre in Nigeria in an effort to convince operators that it is more efficient to contract out management of their networks, Kamar Abass, the managing director of the Swedish company’s Nigerian business and head of regional accounts for sub-Saharan Africa, said last year.

Huawei Technologies said on Tuesday that it would run information-technology services for Emirates Telecommunications’ Etisalat Nigeria so the operator could create “more value for its customers.” The Shenzhen, China-based company has also set up a service centre in Nigeria, established last year. Etisalat, which has been fined in the past, was the only operator among the top four in Nigeria that was not penalised this time around.

“We will continue to expand our network capabilities, reach and capacity to ensure we meet the communication needs of our customers,” Etisalat spokeswoman Chineze Amanfo said.

Funmi Onajide, a spokeswoman for MTN Nigeria, declined to comment. Emeka Opara, an Airtel Nigeria spokesman, said the company could not comment immediately. Charles Ikoabasi, a spokesman for Globacom, did not reply to e-mailed requests for comment.