You are here: Home » Columnists » Nasir el-Rufai Page » The Death of Objectivity, Revisited

The Death of Objectivity, Revisited 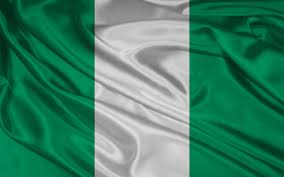 The Death of Objectivity, Revisited

Shortly after Dr. Goodluck Jonathan was sworn in as president, many recognized a modes opera do of deliberate division, destruction of trust existing between the various ethnic and religious groups that make up our country, and the wholesome attempts at conversion of traditional and social media to deplete societal cohesiveness.

I wrote a piece then titled “The Death of Objectivity” to draw attention to this disturbing trend which appeared to be the governance strategy of the Jonathan administration. And this was long before the emergence of Boko Haram insurgency, kidnapping and crude oil theft on scales never imagined at the time.

We reproduce the piece not only because its core message is even more relevant now than in June 2011, but it is by now clear that the destruction of social capital through the promotion of ethnic and religious divisions continues to be the pillars of the Jonathanian governance style. This requires all well-meaning Nigerians to be vigilant and vocal at condemning this, and retrieving our nation from needless slide into total state failure. Here goes. Enjoy! – Nasir El-Rufai

It was Aeschylus, the ancient Greek tragic dramatist who said ‘in war, truth is the first casualty’. To paraphrase the words in line with the tragic drama playing out in Nigeria today, one would say ‘in a flawed democracy, objectivity is the first casualty’. It is so bad that all voices of objectivity and moderation have abandoned the public space and their views suppressed. We therefore only hear from the extremes of the political, regional, religious and ethnic divides. This death of objectivity is unfortunate and may destroy what little we have left unless all of us rise up to reverse it.

What happens when people cannot express their views on the polity, no matter how well thought-out, or when every attempt to engage the public in debate about issues of vital national importance are reduced to shocking levels of banality? What happens when every sense of objectivity is blurred by the murky ink of hatchet writers or clouded by shades of religious and ethnic prisms? What happens when voices without conscience, and loath to accept facts dominate our media and discourse?

The last three years in Nigeria have witnessed a growing intolerance in the country. Ordinarily, divergence would be a wonderful thing – the multiplicity of voices being one of our strengths – except that the lines of disagreement are not based on logic, facts and public interest, but alarmingly along religious and regional schisms. If we disagree on issues of policies and economics or on philosophical or ideological grounds; that would only to be expected in a country brimming with intellectuals as Nigeria and would be a welcome development to thought and reason. However, when the death of objectivity in national discourse is allowed to grow, dangers may lurk in the unspoken words and views and there is growing anger and frustration in many quarters.

When people who know the truth or who have a view are not allowed to speak their minds simply because they are from a different part of the country or adhere to another religion, there is a risk that they may begin to speak only to others like themselves who share their views. Regionalism may begin to rise amidst a growing belief in many quarters that Nigeria’s disparate groups can break out of the federation and go it alone.

These views fuel the notion that some states in Nigeria are parasites on the rest, add no value, and question the carrying costs of our distorted federation! These views require some consideration in these very interesting times.

The ideal for many Nigerians is to have a country ‘united in diversity’; a true federation and real democracy. That ideal while achievable, has eluded us since independence. Today, the levels of social cohesion are so low that many ask whether being together makes sense. ‘Every one of Nigeria’s 36 states and Abuja is bigger than many African countries, and they survive’, is one extreme view.

We may have our political differences, but objective discourse must never be sacrificed on the altar of political convenience. The scars on our collective psyche by the reckless politicking employed by politicians have to heal. Governments must listen to the voices of all, no matter how unpalatable. Societies make progress building on a foundation of social cohesion and trust. Nothing is possible without this. Collaboration is enhanced when there are clear rules and a regime of rewards and sanctions that are applied generally to everyone and everything. The situation in Nigeria today is worrying.

“May you live in interesting times” is an ancient Chinese curse. The Chinese should know. Today’s Nigeria is interesting along several dimensions. The polity is fragmented as a result of four years of sub-optimal governance. Umaru Yar’Adua was ushered in high expectations, but ran an administration that largely reduced Nigeria to a fiefdom of people from Katsina and Kano. Jonathan, his then sidelined deputy watched, learnt and waited. When some objective voices complained of the lopsidedness in top-level appointments, they were tagged losers in the power game (if ‘Northerners’) or regional irredentists (if “Southerners”). Jonathan has adopted the same approach to governance as his predecessor, except that the roles are reversed.

When what Segun Adeniyi calls ‘the Yar’Adua cabal’ held Nigeria to ransom, many objective voices from both sides of the Niger united to speak and march on the streets of Abuja and Lagos. Apart from murmurs in some quarters, the voices of reason and constitutionalism prevailed. That was barely a year ago. Since then, objectivity in public discourse has ebbed considerably. Views and positions that project national interest above regional, religious and ethnic considerations have disappeared. Moderates on both sides of any divide have gone under cover. Only extremists have a voice, and the nation is the worse for it.

Media reports now wear regional and religious lenses. Stories that should enlighten our people are buried under headlines and sound-bites that entrench resentment. On social media Nigerians, the division is palpable. Every post and position is defined along regional and religious lines, no matter how reasonable the issue.  The tragedy of this is that most of those active on these social networks are youths whose levels of idealism, patriotism and objectivity are supposed to be above the average of the ordinary person, or the older, more cynical citizen!

While conceding that this phenomenon is not new, the intensity of the deployment of division as a political tool increased rapidly only recently. In many churches and mosques, clerics preach in ways that encourage ethnic and religious hatred, while the authorities look on.

Exploiting our mutual suspicions for political ends is not new, but now that the political objectives have been met, the challenge is to unite Nigeria and re-establish some level of trust to solve our ‘collective action problems’. Poverty, hunger and disease do not discriminate between Muslims and Christians or between Northerners and Southerners.

Nigerians should be speaking about the need for improved security, (with bombs going off intermittently across the country), fiscal federalism – to give more power and responsibility with accountability to the states and to have more independent local governments, so people in my village will stop looking up to Abuja for boreholes or primary healthcare. Government must realize that criticism and opposition assist democratic governance; that those that engage government in this way are patriots, not enemies.

Ultimately, the truth is that those who seek to kill objective discourse today are the sycophants and AGIPs on the corridors of power who will discard and mock Jonathan in a few years, while shamelessly singing their ways into any future government.

Only those with political authority can set the pace for the reconciliation and bridge-building necessary to get the people to work together. Nigeria needs every one. There is strength in numbers and diversity. We are better off together than as different nations. That is the consensus we must seek to build by engaging in objective debates about Nigeria and her many problems.

And for those who believe that suppressing views they do not like is what exercising power is about, I will end with this – in a democratic society no matter how flawed, appearing voiceless does not make one powerless. Every person has enough capacity for destruction and mischief that can affect the commonwealth.

That is why rebuilding social cohesion and trust should be the first priority of the authorities. Happily no budgetary provision is needed to achieve that.


This article was originally published on 17th JUNE, 2011